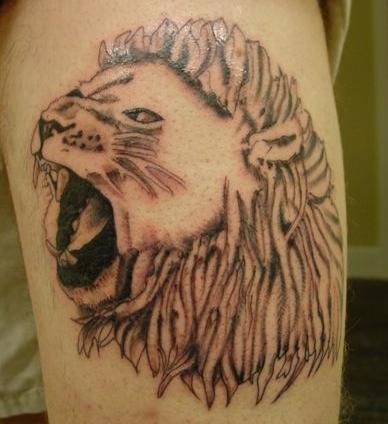 This is my first tattoo. I've always wanted to get a tattoo of this lion.

Below is the picture of the Lion on a tee shirt I bought about 10 years ago.

He told me that I did extremely well for it being my first time being tattooed.

He is very patient and answered all my questions.  He'll tell you, no matter what question you

have, ask it.  There are no stupid questions about tattoos, especially if you getting it done for the first time.

This was the first part, he did the outline and detailed work first, then I'll be going back 2 weeks later to get

the color in.  Below is the picture he is working off of. Wait till its colored.  Click on the picture of the tattoo Lion above 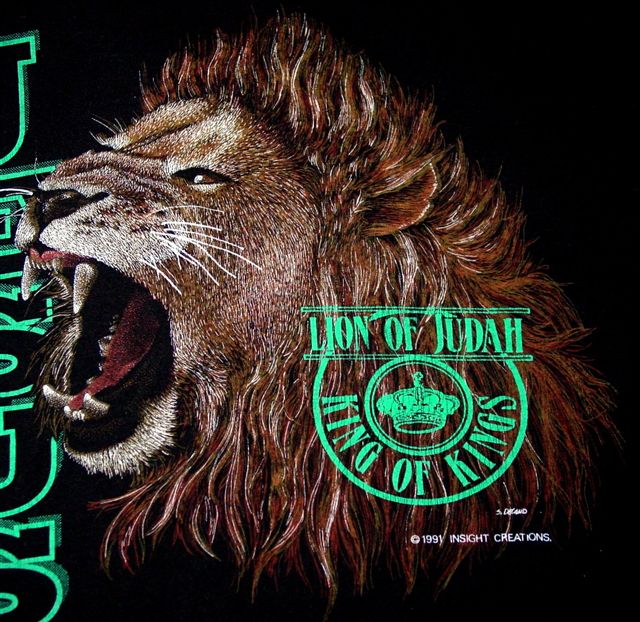 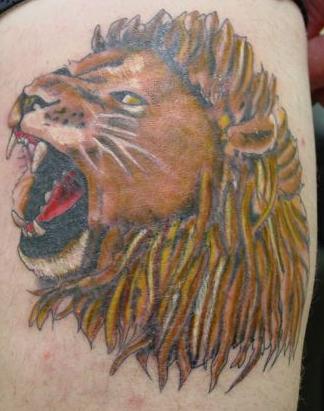 Tattoo Jim did another awesome job with the coloring.

There are a few places that he is going to touch up, then it will be completed. 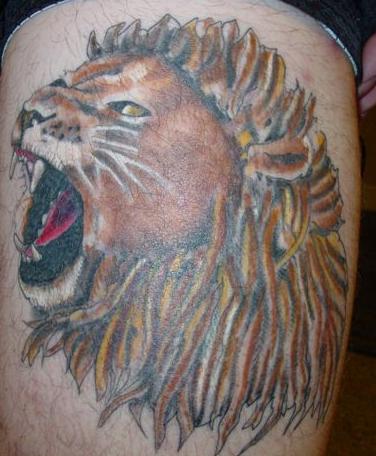 mouth and shading in some more white around the top lip.

Below is the other tattoo he did. The tattoo is the word "Judah" in Hebrew.

The word comes from the Tribe of Judah and also means Praise. 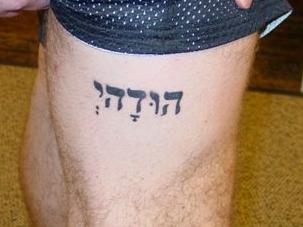